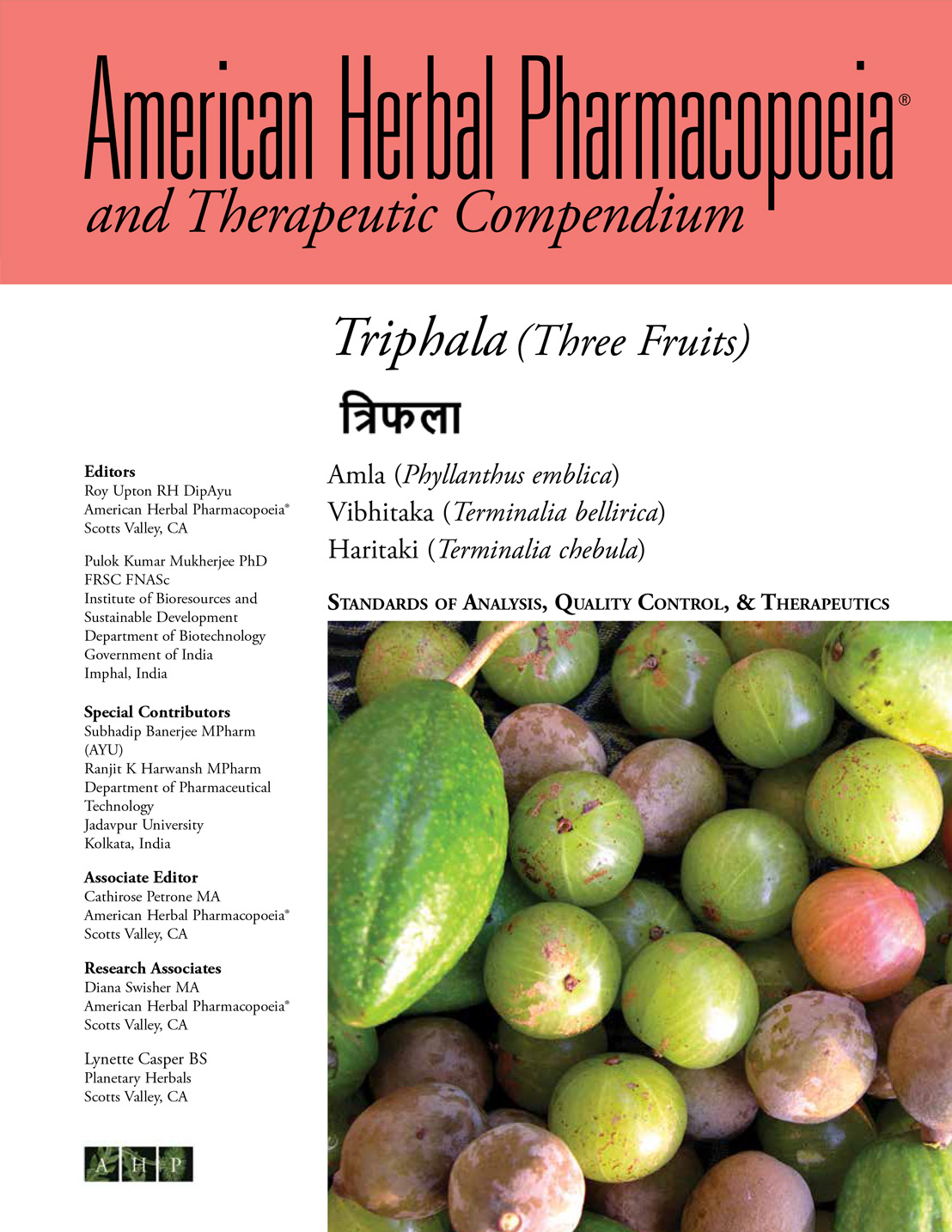 PURCHASE
Triphala is by far the single most important herbal formula in Ayurveda and is literally among the longest used herbal formulas in continuous use on the planet. Triphala consists of the fruits of amla (Phyllanthus emblica), beleric myrobalan (Terminalia bellirica), and chebulic myrobalan (Terminalia chebula)  Archaeobotanical literature suggests the three fruits were under cultivation in the Ganja Plain region of northern India (Rajasthan and Punjab) as early as 1,000 BCE. Numerous mention of the fruits is made in the Caraka Samhita dated from approximately the first to second century and it remains in the Ayurvedic Formulary of India today.

The triphala Monograph and Therapeutic Compendium, the 41st in the collection, was a work of many hands. Most notably it began as a collaboration between AHP and researchers at the Jadavpur University in Calcutta, India, including Professor Pulok Mukherjee, one of India’s most prominent scientists investigating ayurvedic botanicals.

“The Triphala monograph by the American Herbal Pharmacopoeia is a historic landmark for Triphala – one of the most popular and useful Rasayana formulations used in Ayurveda. This monograph is a global standard for the development and promotion of Triphala. I appreciate the efforts of Roy Upton to make it possible with our joint collaboration from India and others around the globe.  This is a scientific landmark for the development of Ayurveda from a traditional system of medicine towards the age of exponential technologies with an evidence-based approach.”