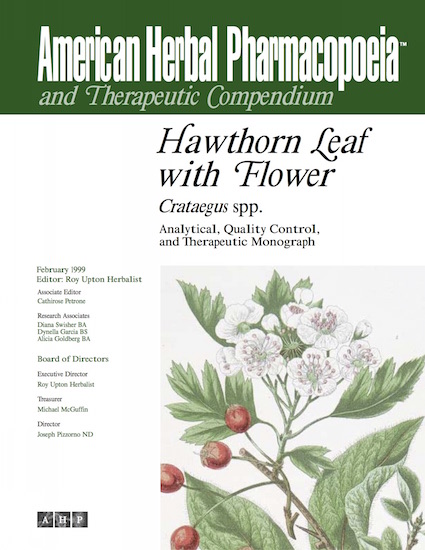 Hawthorn (Crataegus monogyna, C. laevigata) is by far the most widely used botanical for supporting a healthy cardiovascular system. It has been used for several hundred years for this purpose and it possesses among the most broad-spectrum activity beneficial to the heart, including antioxidant, positive inotropic, chronotropic, circulatory, and blood-pressure-lowering activity. It is also among the safest of cardioactive herbs. In addition to its effects on the heart and circulatory system, hawthorn is effective for relieving anxiety and is a remarkably effective sleep aid, especially for relieving anxiety in children. In addition to the two species primarily covered, in practice and in trade, several species are acceptable for use as hawthorn. While the berry is used in Western herbal traditions, the leaf and flower have been subject to numerous clinical trials demonstrating the usefulness of hawthorn leaf and flower extract in the management of congestive heart failure.