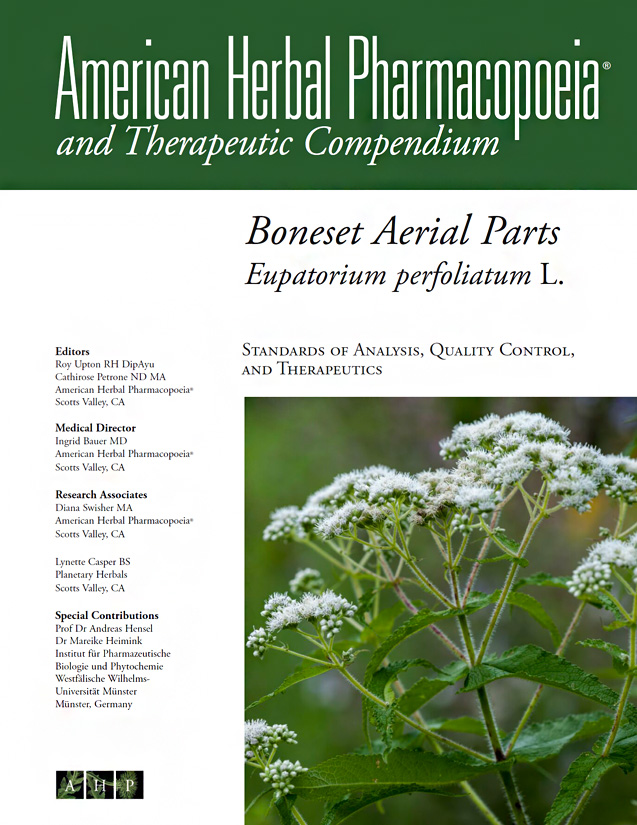 Boneset is native to North America and has a long history of use among Native Americans and early European settlers as a cold remedy and antipyretic. Later, Eclectic physicians and traditional Physiomedicalists used boneset extensively for influenza, cough, and pain. Contemporary naturopathic doctors and modern herbalists have continued to use boneset for these indications, as well as for its laxative and diaphoretic effects. While boneset was primarily used short-term for the treatment of influenza, fever, or as an occasional emetic, laxative, or diaphoretic, it was also used as a bitter digestive.

Due to recent data demonstrating the presence of potentially toxic dihydropyrrolizidine alkaloids (DHPAs), the benefit to risk has to be reconsidered and long-term use should be discouraged.